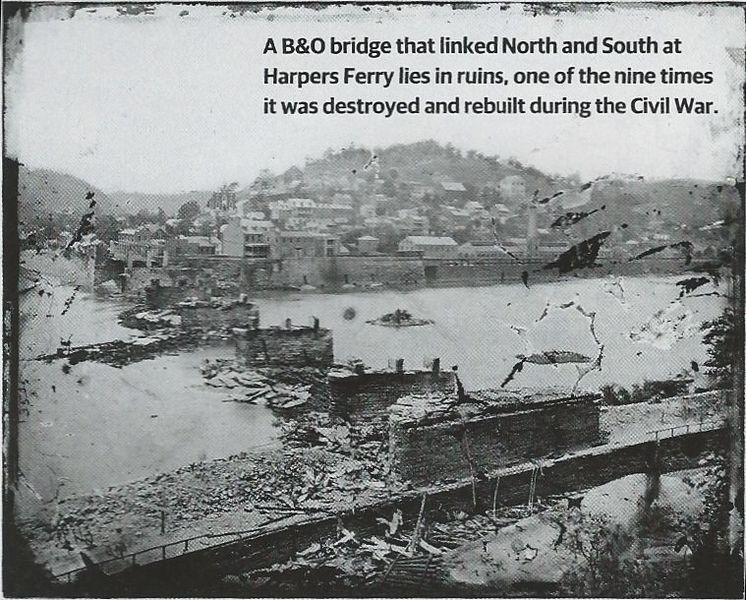 During the Civil War, the B&O Railroad was highly strategic to the Union victory after Western Virginia voted to secede from Virginia in 1861. This move wasn't accepted by the Union until March, 1866, but it effectively ceded the important coal and timber resources of the WVA-Ohio region that the B&O covered to the Union.