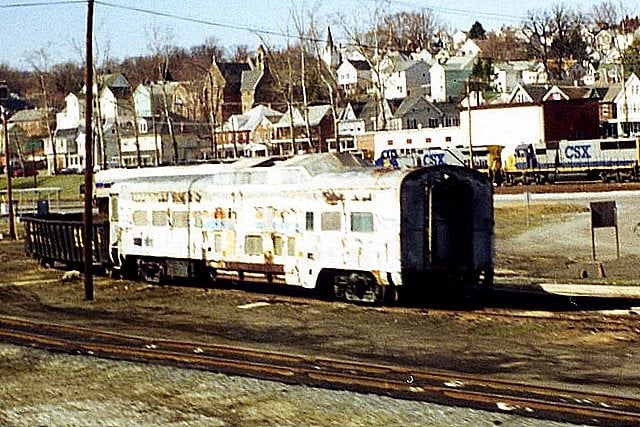 This is one of the former Columbian domes in the yard at Brunswick, MD. Looks like it was waiting to be scrapped. Can anyone guess the year? According to John Suscheck in the comments under the photo: "This is ex-B&O High Dome and it was sold from the Lake Shore Chapter NRHS to MARC Rail near Baltimore to be turned into an executive train which never happened. It was then sold to Kasten Railcar near St Louis and then to National Museum of Transport in St. Louis. From the the car was finally scrapped. It was in really bad condition." Does anyone else know the story of this passenger car? (Photo courtesy of William Hakkarinen, B&O Passenger Cars Facebook page)