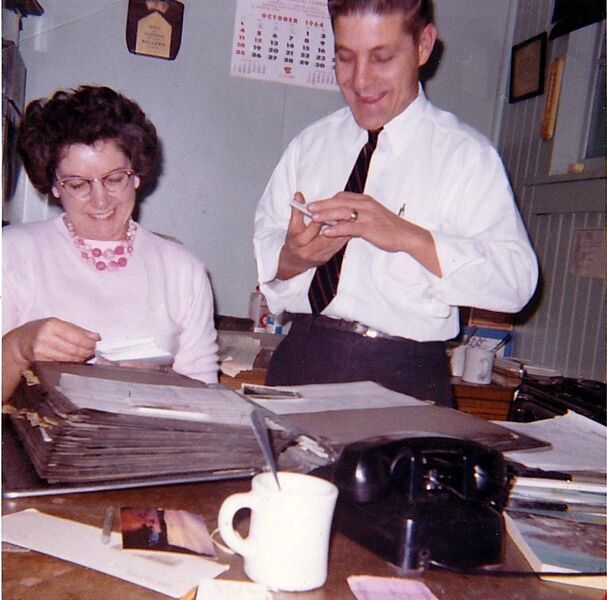 Evelyn Webber Darr and Sam Cole in an October 1964 photo.

Mrs. Darr began as a cashier and worked her way up to Acting General Manager before her retirement in the 1980s.

Mr. Cole was General Secretary and ran the Y after his longtime predecessor Marvin Younkins passed away.