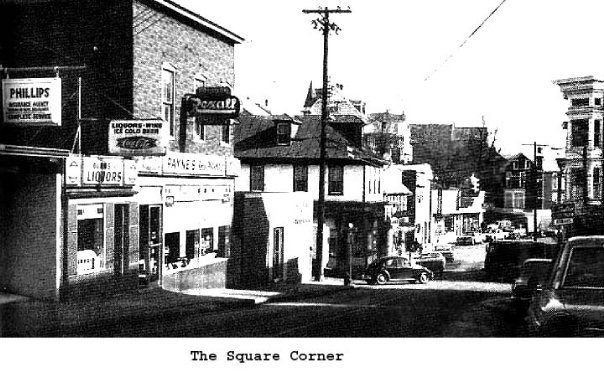 Reuben Moss: I never heard of the original red-brick bank building having caught fire. In 1956 the bank decided it needed more room (part of the original structure had been rented to another tenant), and built the more modern, slightly larger one story building. A few years later the bank purchased a few neighboring properties and added an extension and the drive through as well as parking lot, and in 1985 the second story was added.

It was a decision based on comfort and modern amenities over historic preservation. And like many of the 'modern' buildings we have around today that we see as having replaced 'historic' structures, in 2 years the bank building that now serves as City Hall will be as old as the building it replaced was when demolished.