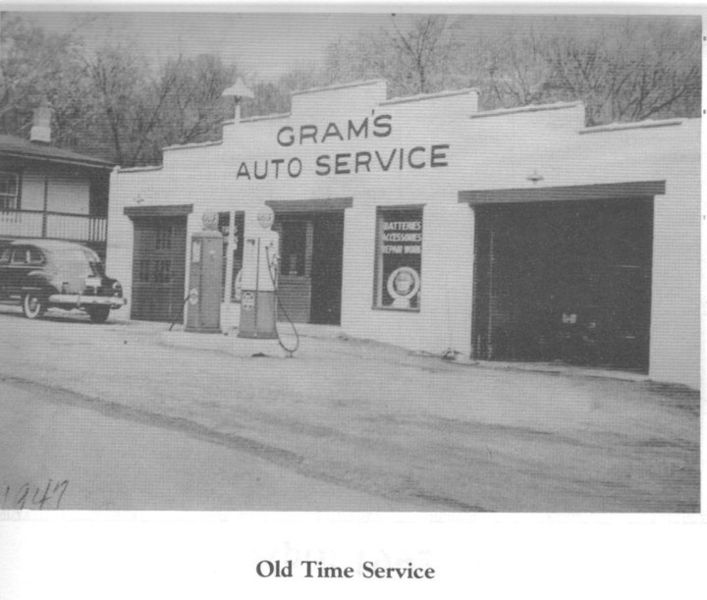 Original Gram's Auto Service on Petersville Rd. in 1947. At the time, the station was owned and operated by Garland Grams, who also sold Buicks here. Garland died around 1960 and left the business to his wife, Connie. Garland's younger brother Bill managed the business here until the 1970s when he sold it to the Nininger family.

Gumps was a great guy indeed. Good family friend. At this time though, the station was run by his older brother Garland, who also sold Buick's here. Garland died around 1960 and left the business to his wife, Connie. This building later burned and was replaced by the current structure ..Peter Wenner