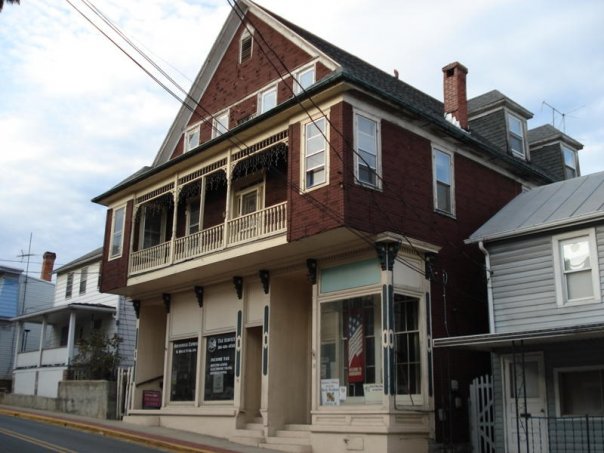 The old Harmon Building on W. Potomac Street dates to the early 20th Century. It was originally the site of the L.S. Harmon's Cigar Store, owned by the one-time mayor of Brunswick.

Later, it was home to the original JJ Newberry's in town before it moved across the street to its final, larger location. It was later known as the Cincotta Building where Tony Cincotta operated his Real Estate Business. After that, it’s been occupied by several businesses, including Rick Weldon's Office and Brunswick Express Tax Service(Bruce Funk), as well as a number of beauty parlors.

The white building to the left was the site of the Maryland Restaurant and later The Himes Family restaurant. The blue building to the right housed Frank Snoots' barber shop through that front door.

James Robert Castle: L.S. Harmon. He had a cigar store that was located in the building. He was also Mayor of Brunswick.

James Morsberger: The paint store that was in this building was The Tri-State Paint Company and did sell Dutch Boy paint it also carried fishing tackle and bait. The business was owned and operated by Leon Dinkle. I worked there somewhere between 68 and 70.