File:Hovermale building across from the old fire hall downtown on W. Potomac Stree.jpg 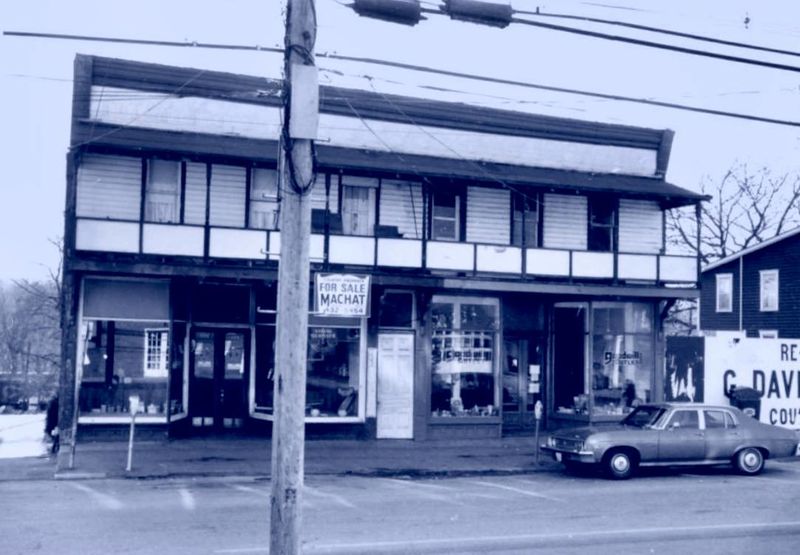 Those of us of a certain age remember this building across from the old fire hall downtown on W. Potomac Street, which was destroyed by fire in 1979. This photo was taken in 1978.

Originally known as the Hovermale building because of the pharmacist who operated his business there from the early 20th Century prior to 1930, here was the story we told back in 2010:

Bets Mills had his first confectionery after he took over the Hovermale Pharmacy next to Roelke & Dixon (later the shoe store) at this location next to the Imperial Theater sometime around 1930. Mills was the place to stop for a college ice or soda before a movie.

A longtime baseball umpire in Brunswick, Bets was later unable to work after having been struck in the head by a foul ball and turned over operations to his sister Beese. Bets' first confectionary was in the store at the bottom of N. Virginia Avenue where the elder Bill Wenner owned a store on the ambulance building site.

In the storefront on the left at this time and for over 30 years was Harrington's Shoe Repair. This shop was an institution for both repairing shoes of railroad families and a place for retired railroaders to tell stories in the rocking chairs on the left side of the store. It was also the home of Nicodemus News operated by Claude Porter.

Gloria Moore Crowl: My cousin, Mary Lee, lived in the apartment over the shoe shop. Spent many wonderful times when we were teenagers just sitting on that porch watching the world go by.