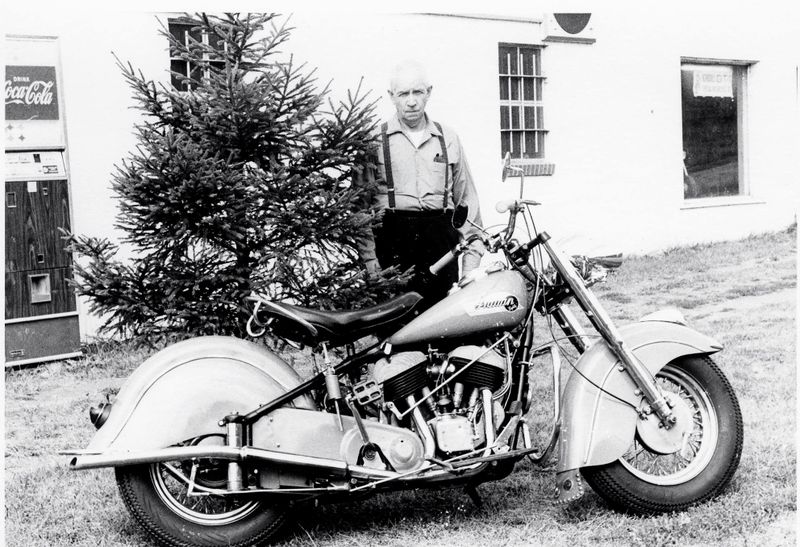 Dutch Halley with an Indian Motorcycle outside his Motoguzzi dealership on Petersville Rd. A NAPA Auto parts dealership is on that spot today.

The back story about the Indian motorcycle in this photo is that it was bought from a man in Virginia whose son was killed in a auto accident the night of his senior prom. It would have been his graduation present. He never saw or rode it. The bike only had 50 miles on it when Dutch bought it.

Could be why Dutch looks so grim in that photo. Rhonda Rooney said her daddy told her the Indian motorcycyle was bought from a man in Virginia whose son got killed in a auto accident the night of the prom. It would have been his graduation gift. He never saw or rode it. Only had 50 miles on it when Dutch bought it....Peter