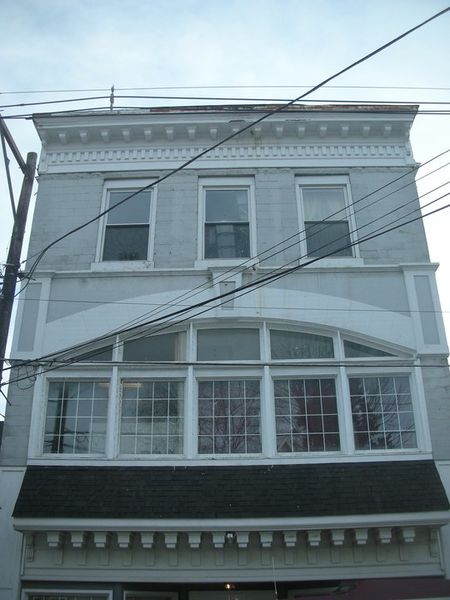 According to the Images of America book on Brunswick by Mary Rubin, a furniture store was first opened here in 1913 by Theodore Siehler, who owned the business until his death in 1981. His daughter, Joann Siehler Durst closed the store in 1984. George Bennett, whose wife Doris taught 5th grade at BES, was the longtime manager.

When the store opened, Polan Katz ran an umbrella factory on the second floor that employed 40 people.

For years, Brunswick families could buy brand-name furniture in Brunswick from Potomac Furniture here or from Harry Mace just a block away.

JoEllen Morsberger Fisher: I still have my little cedar chest. Theresa Shephard worked there in the office. She later worked for First Baptist Church. She had no children, her husband Shep was married before and had children from that union. George Bennett was Manager there, and his wife was Doris Bennett the school teacher at BES.

Tamara Walker: My dad, Chuck, was in the Navy and for some reason only worked part of the day, so he worked at the store the rest of the day and on Saturday. There was a man everyone called Shorty that worked there also. Very nice man. Everyone who worked there was very nice. I used to stop there some days on my way home from BES