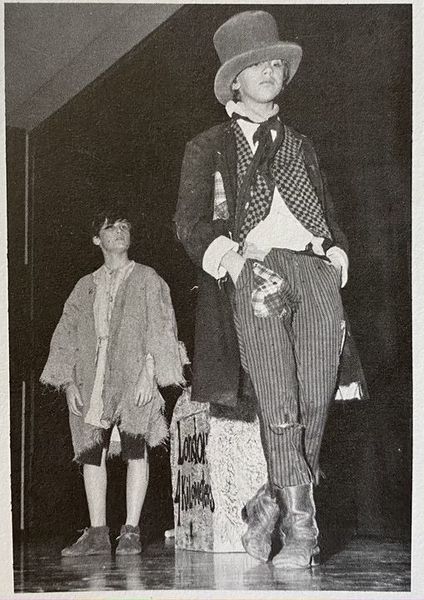 Gene Benson (Oliver Twist) and Johnny Kitts (The Artful Dodger) in Sam Huffer's BHS production of "Oliver". Johnny played Dodger in the Saturday night show. Galen Harsh played the part on opening night, a Friday in April 1971. According to Nancy Harsh Baker, the two boys shared the part because it became apparent during rehearsals that Johnny's voice was changing. The classmates were 14 at the time, or close to it. (Photo from the BHS Railroader Yearbook - 1971)